What Our Customers Have to Say 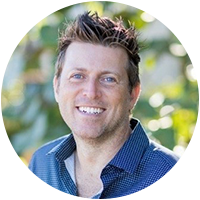 I am extremely busy however I wanted to take a few minutes from my day because if it were not for Dr. Whitten, I would not have this time at all. Prior to seeing Dr. Whitten, I had been told by several leading surgeons that surgery was a forgone conclusion for a neck problem that had been ongoing for months. I was told that surgery would be the only way to get my life back and that to not have surgery was “irresponsible” on my part. I was surprised by how dogmatic these so called "experts" were. Yes, I was in terrible pain but at just 38 years of age and never having been in any type of severe accident, I was shocked to be hearing all of this. They had me convinced that surgery was my only option.

Before scheduling the surgery, I met with Dr. Whitten as one final attempt to look at other options. At the time, I was very skeptical. As I said, I was convinced that surgery was, in fact, in my future. Even other Chiropractors had recommended that I go ahead with the surgery after seeing my MRI and X-rays. During our initial meeting, Dr. Whitten methodically laid out a plan that even someone working 12 hours a day could follow.

That meeting gave me some small measure of hope. My results came almost immediately and amplified that hope. The pain that I had been dealing with for months was gone after two sessions and a doing the daily "homework" he prescribed.

Now, after just a couple months, I am back to lifting heavy weights, running (I just signed up for La Jolla Half marathon), and life as I knew it. I am so happy to be pain free and thankful that I was willing to try something that "modern medicine" said was impossible. Everyone that saw my MRI said there was no way to avoid surgery; but not Dr. Whitten

just work with him for two weeks and I know you too will be convinced that Dr. Whitten’s process is life changing. 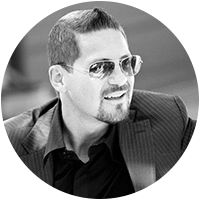 I found my way to Dr. Whitten through the recommendation of a dear friend. Like many people, I was unsure which of my health problems could be helped because I had been living with them for so long by the time I came to see Dr. Whitten.

Besides an advanced scoliosis and chronic pain, I had suffered an ear injury a few years earlier which had resulted in a loss of hearing, difficulty maintaining balance and other physical problems that I now have learned resulted from adaptations in my body since the original ear injury.

As a yoga teacher, I had already dedicated quite a bit of time to understanding the body as well as developing a heightened sense of awareness within my own body. The way Dr. Whitten was able to analyze and explain the connection between current problems and old injuries absolutely blew my mind. More importantly, he quickly came up with plan to correct all of my concerns.

I have learned that sometimes the symptoms that lead someone to seek help are just the tip of the iceberg and that by digging a little deeper, you can solve problems that you once thought were a permanent part of you. I really love Dr. Whitten‘s approach: He takes the time to give information and offers solutions that allow you to really help yourself.

Through his method, I have gained a sense of well-being and balance that I couldn‘t have achieved through many years of yoga practice.

A big Thank You, Dr. Whitten! 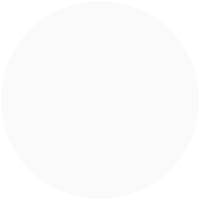 Everything began to fall apart when I was diagnosed with a kidney infection way back in 2006. I was in constant pain and was told that my pain was a result of the infection and that I would have to live on antibiotics for the rest of my life.

By the time I went to see Dr. Whitten I was living with a completely rigid neck, constant pulsating pain and practically null energy levels. I was tired, frustrated and extremely disappointed after seeing so many doctors in the past and still have this on-going pain. But even Dr. Whitten’s first evaluation gave me hope. He was able to explain what my issues were and the approach we would take to eliminate them.

Within a few sessions, I began noticing changes in my body. I was able to position my neck in such a way that I could sleep comfortably through the night - A thing that I had been unable to do for years.

My pain diminished and I was able to begin exercising the way I used to do before all of this started.

Now, I no longer live with pain and, best of all thanks to Dr. Whitten, I KNOW HOW to prevent myself from ever being in pain again. I have even begun training for my first half marathon.